On February 14-16, Euroregion Baltic celebrated its 20th Anniversary during a 3 days long series of meetings and conferences hosted by ERB International Permanent Secretariat in Elbląg. The celebration, which saw the participation of nearly 150 guests representing delegations from Russia, Poland, Sweden, Denmark and Lithuania, was a good opportunity to take stock of the situation, capitalise the results achieved over the last 20 years and lay the foundation for a fruitful future cooperation.

On February 14th two projects were launched: UMBRELLA and SB YCGN (Youth Core Group Network). UMBRELLA, within whom ERB plays the role of Lead Partner, aims at developing know-how capacities for small local and regional organisations in the South Baltic Programme area to initiate their active participation in the cross-border cooperation in daily activities. On the other side, SB YCGN focuses on the cooperation of different local actors as regional authorities, universities, NGOs, etc. in the field of youth participation in the decision making on the local level and to strengthen the capacities of local and regional actors related to youth policy in the South Baltic Programme area.

In the morning of February 15th, a delegation from Russia participated in a meeting led by Małgorzata Samusjew, ERB Director of the Secretariat, to discuss the cooperation between local governmental and non-governmental organizations in order to boost a joint and efficient local development. At the same time, organized by Damian Ciachorowski, ERB Youth Board, and Zofia Makowska, Project Manager of CaSYPoT at the Regional Council of Kalmar County, a Youth Panel took place to bring together young people, politicians, representatives of NGOs and local authorities in order to exchange ideas over the cooperation and involvement of multiple stakeholders in shaping transnational policies related to the youth. During the panel, Alexandra Winberg recently appointed Chair of ERB Youth Board, and Domenico Misurelli, Interreg Volunteer Youth – IVY at ERB, addressed the audience with their own current and past experience of young people operating in the field of youth and cross-border cooperation.

The main event of the 3 days long celebration took place in the afternoon: the conference entitled “PARTNERSHIP FOR THE FUTURE: Solving Baltic Sea Cooperation Rubik’s Cube”. The conference offered an overarching view of the successes and challenges of the ERB in the broader context of the Baltic Sea Region and European Union while looking back at its past and current achievement. At the same time, the participants reflected on ideas and initiatives that could shape the future of ERB cooperation as an innovative international cooperation platform capable to better contribute to the multi-level development of the entire region.

After the welcome speech by Mr Witold Wroblewski, Mayor of Elbląg and Chair of the Association of Polish Communes, the panellists recalled the beginning of the organizations. Indeed, back in the 90’s, a Euroregion in the Baltic Sea was a new form of cooperation and since it aimed at the inclusion of the Kaliningrad region several obstacles had to be overcome. In this sense, the institutionalized Polish-Swedish cooperation offered a unique start point from which expanding the collaboration in the region and including new actors. Currently involving 8 regions in 5 countries, ERB plays a fundamental role in addressing future challenges in the region along with organizations such as UBC, BSSSC, CBSS. As highlighted by Ann-Irene Saeternes, Secretary General of BSSSC, and Krystyna Wróblewska, Pomorskie Region Marshal Office, key issues such as the crisis of capitalism, globalisation, the crisis of democracy and climate change require a macroregional approach. In this regard and in order to tackle issues capable of affecting the region it takes a stronger political leadership, the capacity to anticipate trends, a closer cooperation with EU, a strengthen visibility and an increased financial support. As suggested during the panel the Rubik cube might not be solved if it means to end up being stranded. Indeed, the cooperation among different stakeholders placed in the region requires an ongoing effort capable to improve the quality of life of its inhabitants. Achieving the UN Sustainable Development Golas represents a great challenge for the whole Baltic Sea Region.

On February 16th, ERB Executive Board representatives met to summarise ERB’s activities and plan the future ones. The ultimate goal of the ERB’s work in the field of cross-border cooperation in the South Baltic Region will be to put people at the centre of its actions trying to find the right balance. During the executive board, ERB Presidency was officially transferred from Ms Akko Karlsson, Vice-Chair of the Board of Regional Council in Kalmar County, to Ms Anne Thomas, Vice Mayor of Regional Municipality of Bornholm. At the same time, the Chair of ERB Youth Board was transferred from Ms Yanina Andrushkevich (Kaliningrad) to Ms Alexandra Winberg (Kalmar).

For the videos and more pictures of the event: 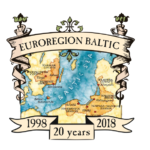 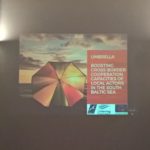 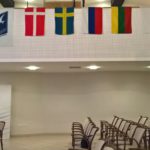 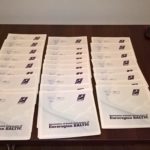 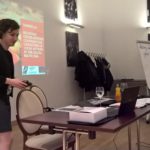 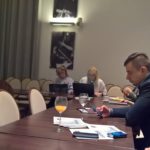 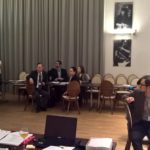 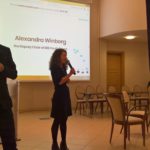 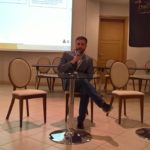 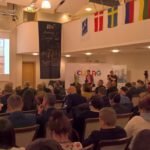 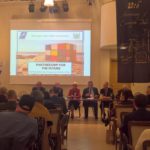 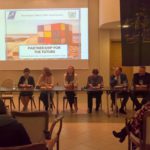 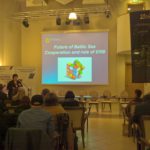 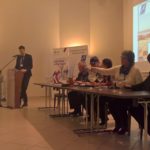 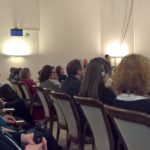 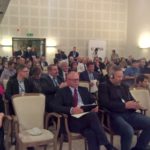 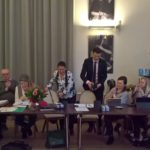 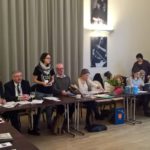 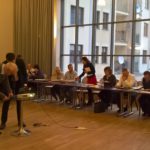 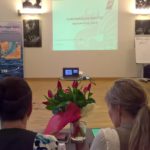